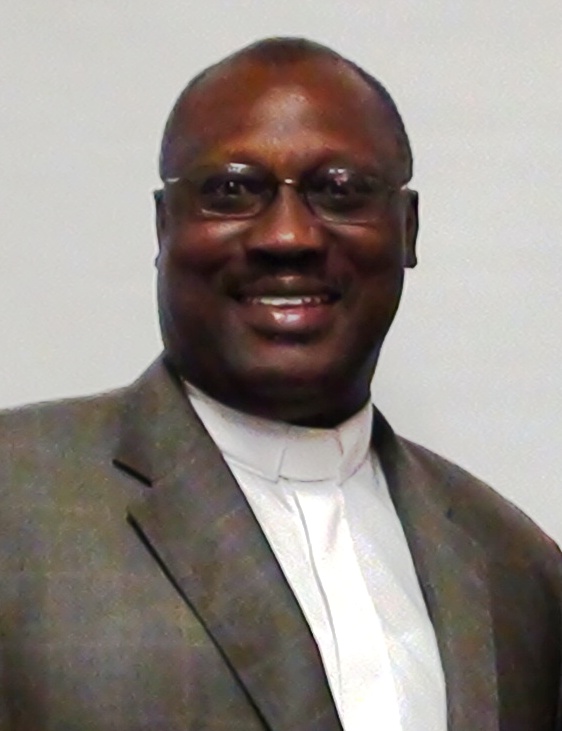 On July 1, 2016,  Bishop John Hopkins appointed Reverend Dogba R. Bass to serve as the new Senior Pastor of Aldersgate United Methodist Church.  In 1984, Reverend Bass received his theological education at the Methodist Theological School in Ohio (MTSO), located in Delaware, Ohio and was ordained a deacon that same year in the East Ohio Conference. He became an elder in the United Methodist Church in 1996.

Reverend Dogba Bass is a co-Founding Pastor of Celebration United Methodist Church, along with Reverend Roland Moore (former pastor of East Glenville).  Prior to Celebration UMC, Reverend Bass has served the Werner United Methodist Church, churches in former St. Clairsville District of the East Ohio Conference, in the Greater Boston area in Massachusetts, and the city of New Bedford, Massachusetts.

Before his call to ordained ministry, Reverend Bass was heading into the business world with a degree in Business Administration (Finance) from Bowling Green State University in 1978 and a Masters degree in Economics from Cleveland State University in 1981. Rev. Bass has also completed all but his dissertation toward a Ph.D. from Boston University in Social Ethics. He was a teaching assistant at Cleveland State University and at Boston University School of Theology. He also taught Economics at Lakeland Community College in Mentor, Ohio, and Cambridge College in Cambridge, Massachusetts. Reverend Bass also worked for the Commonwealth of Massachusetts as a Fiscal Monitor and for the City of Boston as the Deputy Director of the Minority and Women Business Enterprise Office.

Over the past twenty (20) years, while leading four (4) small-size congregations, Reverend Bass has written and received nearly $200,000 in grants to use in outreach, educational, musical, and theatrical programs held in after-school and summer camp environments.

Reverend Bass, along with wife Marcia, created and produced the educational software called Tic Tac Kno, a question and answer board game called Bible Clues, and a board game, Make the Right Choice.  The objective of Make the Right Choice is to teach teens the relationship between choices and consequences.  Make the Right Choice was featured in all of the Greater Boston daily newspapers and more than a thousand five hundred copies of the game were sold in stores and through Cokesbury catalog nationwide. He recently wrote, directed and produced an Easter musical entitled Let’s Hear It for the Man from Galilee on Good Friday at the Shore Cultural Center and downtown Euclid, Ohio.  All of the actors and actresses were from the Celebration United Methodist Church.

Reverend Bass is also very proud of his 2005 National Champion in Futsal in Anaheim, California with his New Bedford Pitbulls girls U-12 soccer team.